Elmhurst, IL.-based artist Jason Watts painted a State Fair-inspired mural on the building that (as of this writing) will become The Reunion restaurant 6610 W. Greenfield Ave. Building owners Christopher and Abby Paul, who own the Italian restaurant Capri di Nuovo in West Allis, are converting the building which was originally the Allis Chalmers Payroll Officeinto a restaurant andentertainment venue to include an arcadeoutdoor volleyball courts andoutdoor seating. Watts describes his artistic style as “as a mashup of the iconography, symbols and local references that are part of our past and present.”

His mural, “Wonder Wheel,” is intended to draw viewers into the kids running, with the central boy being the primary focal point of the composition. The boy is pointing to the right, where the Ferris wheel anchors the right side. The direction the boy points to is also that of the State Fair Park fairgrounds in the distance.  The larger intent of the painting comes from a recent series of paintings Watts completed titled “When we Ruled the World,” which references children at play. Watts noted, “Oblivious to any problems in the world, in current times, this aspect of normalcy is especially prescient. The kids come from all different backgrounds and are running together to a distant destination of fun.” 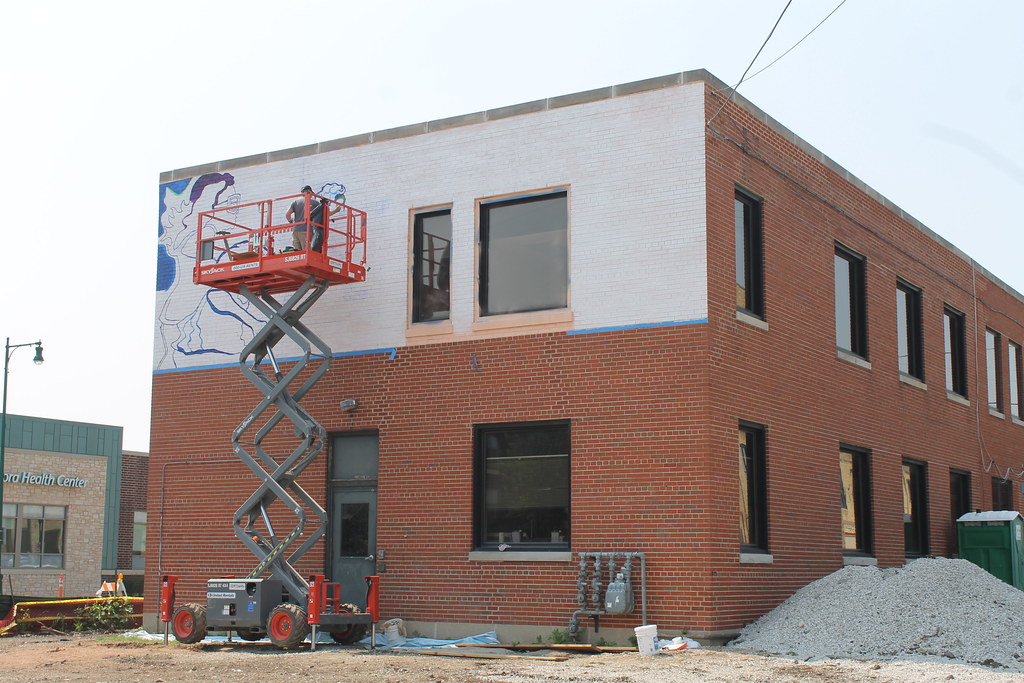